The Canadian Astronomy Data Centre (CADC) is one of the largest and most powerful astronomy data management centres in the world, housing some of the world's most important astronomical data collections, including those from the Canada-France-Hawaii Telescope (CFHT), the twin Gemini telescopes and the James Clerk Maxwell Telescope on the ground, as well as the James Webb Space Telescope, the Hubble Space Telescope and the Near Earth Object Surveillance Satellite in space. The CADC delivers nearly 3 petabytes of data to over 8,000 astronomers each year.

In addition to being a repository of valuable data, the CADC also processes the raw files from telescopes to produce full calibrated, science-ready data products. Further, the CADC has specialists on staff who can provide assistance with Machine Learning to Canadian and international astronomers. Leveraging the expertise of in-house astronomers, the CADC has helped safely guide the first close spacecraft encounter with Pluto, accurately plot a course to an even more distant object in the outer solar system, make a deep, high-resolution map of the northern sky, and study the presence of heavy elements in the stars of our galaxy.

CANFAR, the Canadian Advanced Network For Astronomical Research, developed and maintained by the CADC provides a low-friction self-service interface to high performance computing to astronomers. It allows astronomers to install and run their specialized software on compute facilities co-located with the CADC archive, rather than transferring the large volumes of data to their home institutions. This approach of “bringing the code to the data'' has seen a rapid uptake in recent years.

CADC is supported by an interdisciplinary team of astronomers and software developers that specialize in data mining, processing, distribution and transferring of very large astronomical datasets. Over the past three decades, these experts have developed sophisticated tools to support and enhance the research efforts of Canadian and international astronomers. Evolving to better serve its science community, CADC software and data support massive processing, visualization and analytics. 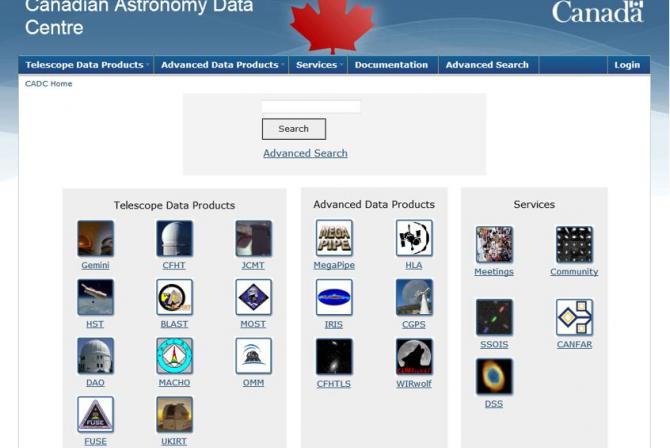 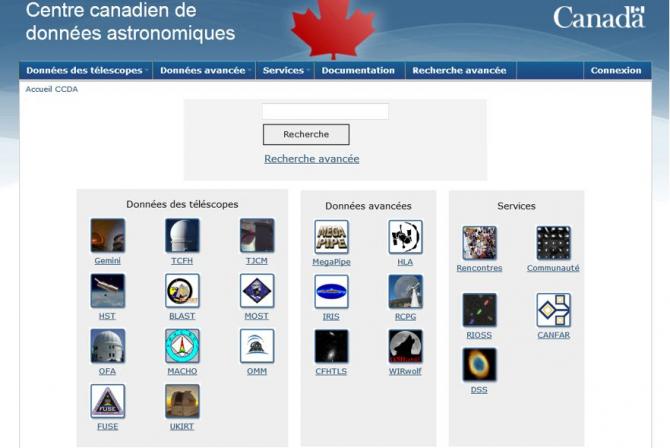